When Mr Sunak finished delivering his October 2021 Budget speech, a war in Europe would not have been in his thoughts as he considered the plans he had just set out for the post-pandemic economic recovery. Following the stern rebukes he received for the repeated ‘leaks’ prior to his last Budget, there were no major leaks this time, just vague references to his desire to help with the cost of living ‘crisis’ and increasing fuel costs.

The emphasis today was that the speech was not a Budget, but a ‘Spring Statement’. 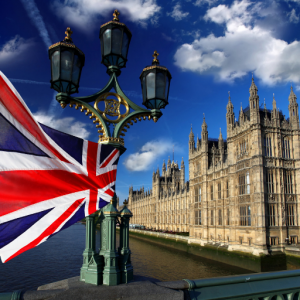 Understandably the pre-statement news concentrated on far more important and troubling matters as the war in Ukraine shows no sign of ending any time soon.

As background to today’s announcements, in his contribution to the 2022 Mais lecture in February, Mr Sunak made the following points:

Against the current uncertainty, what tax changes has he made, or is planning for the coming years? The Election is not far away – 2 May 2024 to be precise! Have his plans been upset by the recent events in Ukraine, or has he been able to push on with some of his initiatives? I will let you be the judge of that.

Fuel duty will be cut by 5 pence per litre with effect from 6 pm on 23 March. The first time there has been such a reduction in twenty years – but against an unprecedented backdrop.

The reduction will remain in place until March 2023.

Up to now the rate of VAT on energy saving equipment, such as solar panels, heat pumps, wind, and water turbines, had been fixed at 5% as a result of EU rules.

The rate will be reduced to 0% in April 2022 and will remain at that rate for the next five years.

The household support fund will be doubled from £500 million to £1 billion to help the most vulnerable families with increased living costs.

Mr Sunak announced the publication of his tax plan for the country. He wants to build a stronger economy by reducing taxes and reforming the way in which some tax rules operate. This could herald the arrival of some much-needed simplification, a theme I have pushed for many years now.

In essence the aim of the tax plan will be to:

The employment allowance will be increased to £5,000 in April.

Until today there has been an anomaly in the tax system, the thresholds for national insurance and income tax have been different which has created uncertainty and confusion for many. Mr Sunak announced today that an immediate alignment, rather than a phased approach, will be made.

The primary threshold and lower profits threshold will each be increased to £12,570, the individual personal allowance for income tax, in July.

Mr Sunak was at pains to point out that the savings for workers as a result of this measure will more than offset the increase in NI as a result of the new levy coming in to force in April.

Business owners may need to revisit their profit extraction models to see what ‘tweaking’ may now be necessary in view of the reduced NI cost with salary.

Mr Sunak’s final ‘bombshell’ was his announcement that he intends to reduce the basic rate of income tax to 19% before the end of this government’s current term. He claims that this is the first such reduction in 16 years.

He explained that the reduction is fully costed and paid for.

Personal taxation – what we know

There are to be no changes to the rates of income tax for the new tax year.

The personal allowance and higher rate thresholds are frozen until April 2026:

These measures alone will generate considerable sums for the Treasury over the coming years.

Mr Sunak made no mention of any potential changes to the CGT regime.

Business taxation – what we know

The future corporation tax increases are detailed below for reference.

The lower and upper limits will be proportionately reduced for short accounting periods and where there are associated companies. Group loss relief planning is likely to become important for many groups.

The ‘super deduction’ first-year capital allowance of 130% for main rate expenditure remains for expenditure incurred before 1 April 2022. The rules will need to be reviewed with care because of the pooling requirements and the issues which can arise with a sale of an asset in respect of which a super deduction has been claimed.

The Annual Investment Allowance of £1 million is available for expenditure incurred before 1 April 2023.

Loss-making companies can carry back trading losses of up to £2 million arising in each of the two financial years to 31 March 2022 for up to three years. Note that loss carry back claims can be made outside a corporation tax return where the loss in question is less than £200,000.

The above changes will mean that company tax planning may become more important for a lot of companies in coming years.

The reliefs available to those companies involved in the creative sectors (museums, art galleries, theatres, orchestras etc.) were doubled in the October 2021 Budget. The reliefs will return the pre-increase levels in 2024.

The reliefs are shown in the following table:

Indirect taxation and other measures – what we know

No other changes to VAT were announced.

No changes or further reliefs were announced.

No changes were announced.

There are certain tax changes which have already been announced, or which are already in place, which are detailed below.

The H & SC levy will extend to individuals working above state pension age, who are currently exempt from paying NIC.

The following rates will apply from 6 April 2022:

The dividend allowance of £2,000 will remain.

Owner managers may want to review their profit extraction strategies on the back of the above and potentially bring forward dividend payments. Any dividend advancement would have to be weighed up against the commercial and practical factors.

The reporting and payment requirements for CGT in connection with residential property sales are still causing problems for taxpayers with investment property and/or second homes. The sale of a main residence does not normally need to be reported in this way.

It is clearly helpful that the reporting deadline has been extended to 60 days from 30 days but nevertheless a lot of taxpayers are still unaware of the new rules.

With suitable planning, the calculations should be straightforward to complete, perhaps with a little help from their accountant!

Once the taxpayer has set up their CGT account with HMRC it is then easy enough for them to appoint an agent to make the necessary return on their behalf. Once that is done the payment process is routine.

MTD for VAT will apply to all VAT registered businesses from 1 April 2022.

As we know, following the announcements in September, MTD for income tax will now be mandatory from April 2024.

The ‘rationalisation’ of tax basis periods for sole traders and partnerships is now set to coincide with MTD for income tax – i.e. the tax year 2024/25. There will be a transitional year 2023/24.

MTD for corporation tax will be the last of the MTD initiatives and will not be in place for some years yet.

Taxpayers will need to pay attention to these developments so that they engage with their advisers, and HMRC, in time to ensure that they can comply with the new rules.

With the progression of the MTD initiatives there is to be a new points-based penalty regime for filing failures. The implementation date has been delayed another year.

The new regime will be effective as follows:

The new regime is intended to ‘punish’ more harshly those who miss deadlines regularly, rather than those who occasionally default due to a simple oversight. The penalties are clear because they are fixed.

With the delay to the introduction of MTD for income tax, no ‘soft landing’ is expected with the new penalty rules, so all taxpayers will need to be aware of them in time to avoid unexpected fines.

There will be a transitional year for sole traders and partnerships that do not use 5 April or 31 March as their accounting date. This will advance tax liabilities for many businesses.

The proposals were detailed in draft legislation in the Finance Bill 2022. It is hoped that there may be further tweaks to the rules before the changes come into effect. The proposals fit in with the arrival of MTD for income tax in 2024 and gives another indication that the acceleration of self-assessment payments may be coming soon.

100% first year allowances for business expenditure on business cars, and zero emissions goods vehicles are in place for all expenditure incurred prior to 1 April 2025.

As mentioned in the October 2021 Budget summary, the TRS has been operational since June 2017. Up to now it has only been necessary for trustees of trusts paying Income Tax and/or CGT to register their trust using the TRS. The position has now changed, all trusts, subject to certain limited exceptions, now need to register.

The non-taxable trusts are called ‘express trusts’ for these purposes. As an example, trusts which are used for IHT planning, such as loan trusts and discounted gift trusts, must be registered.

The deadline for compliance is 1 September 2022.

Part of the process is what HMRC calls the ‘digital handshake’. One ‘issue’, which we have raised with HMRC, is the position of digitally excluded trustees. HMRC has, unhelpfully, told us that the only way around this is for the trust to appoint a trustee who is digitally capable.

The following links may be helpful for trustees who are approaching this issue for the first time.

The war in Ukraine understandably took up the first few minutes of Mr Sunak’s speech with him detailing the measures which have been taken by the UK to support Ukraine. He also indicated that the support is only possible because we have a strong UK economy which he wants to make stronger in a responsible and sustainable way.

Even though the speech was badged as a ‘Spring Statement’, there were several tax announcements which grabbed the attention and indicated that the Chancellor has been paying attention to some of the representations made to him.

The support measures for those most exposed to the cost-of-living increases are to be welcomed.

The alignment of the NI and income tax thresholds in July is welcome, it will remove complications and uncertainty for many. It will also give NI savings to counter the NI increases from April.

The promised reduction in the basic rate of income tax will focus the mind, with many no doubt hoping for further tax reductions before the 2024 Election.

The Budget in the autumn will contain more detailed measures which will be of interest to businesses with the reform of the R & D rules and investment incentives expected.

No immediate actions are necessary for anyone on the back of what was announced today.

Roll on the Autumn Budget!!

If you have any questions, or other points, in connection with the contents of this summary of the 2022 Spring Statement, please do not hesitate to get in touch through the normal channels.

Please bear in mind that this is a general overview of the 2022 Spring Statement announcements. Please take appropriate detailed professional advice before acting on any of the points made in this overview.