With the spectres of inflation at a 40 year high, the fear of increased interest rates, a predicted recession which many economists suggest could last until 2024, and a cost-of-living crisis as we go into the coldest and darkest season of the year, Chancellor Jeremy Hunt has been faced with the difficult challenge of balancing tax rises and spending cuts in his Autumn Statement 2022. 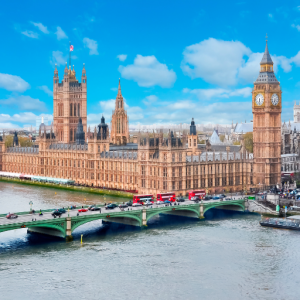 A lot has happened since the budget in March 2022!

Mr Hunt is now our third Chancellor following the brief tenures of Messrs Zahawi and Kwarteng.

I think we can quietly ignore Mr Kwarteng’s 23rd September ‘mini budget’ which was complete nonsense on so many levels. However, this left Mr Hunt with an even more difficult proposition given the economic fallout from the disastrous and ill-conceived effort from Mr Kwarteng.

Something radical needed to shore up the country’s finances

In the lead up to the today’s statement, many of Mr Hunt’s colleagues were urging him to concentrate more on spending cuts than on tax rises. There is no doubt that the Conservative party may face a difficult run in to the next election which may not be helped by material increases in taxes now.

The expectation was that the wealthiest would have to bear the heaviest load with ‘stealth’ raids in various areas, following which middle-income families will pay thousands more in tax by 2028.

We have seen many suggestions of the changes that we would see, but were his announcements better or worse than predicted?

Mr Hunt started his speech with a reference to the ‘unprecedented global headwinds’ and the statement that he wants to tackle the cost-of-living crisis and rebuild the country’s economy. He wants the compassionate conservatives to be honest about the challenges and fair with the solutions.

On stability, Mr Hunt wants to tackle inflation, which has escalated as a result of global factors. The OBR agrees with this, and Mr Hunt describes tackling inflation as a relentless fight. He voiced support for the Bank of England, adding that he has no intention of changing the bank’s independent remit.

In a slight dig at his predecessor, he said that unfunded tax cuts are as risky as unfunded spending.

In what follows I will concentrate on the tax measures. There will be plenty of discussion elsewhere on spending cuts and public services. One stand out series of comments was about capital budgets, which will not be cut and confirmation that important infrastructure projects such as the Manchester HS2 extension, Northern Powerhouse rail, and Sizewell C will continue as planned.

Mr Hunt made it plain from the start of his speech that he expects those with more to contribute more.

There will be no headline increases to taxation; he wants the Conservatives to be the party of low tax with a balanced plan for taxation which will create stability.

There are to be no changes to the rates of income tax for the new tax year.

The personal allowance and higher rate thresholds will be frozen until April 2028, two years longer than had originally been planned:

The threshold at which the 45% additional rate of income tax will apply has been reduced to £125,140. This will bring 250,000 more taxpayers into the additional rate band.

These measures alone will generate considerable sums for the Treasury as a result of ‘fiscal drag’ which will push millions of workers into higher tax brackets. To raise the same amount with income tax rises, the Chancellor would have to increase the basic rate of income tax by five pence in the pound!

The Health and Social Care Levy of 1.25%, which was introduced in the March 2022 budget, was abolished with effect from 6th November 2022.

However, today’s announcement was that the earnings threshold for employer’s NIC, payable at a rate of 13.8%, will be frozen at £9,100 until 2028. This measure is expected to raise one third of the amount lost as result of cancelling the Health and Social Care Levy. This will disproportionately affect those industries where staff are employed at, or near, the minimum wage.

The employment allowance will remain at £5,000.

The pension lifetime allowance will remain at £1,073,100 until April 2028. No other changes were announced.

In response to widespread abuse of the reliefs the R & D rules have been changed to make the reliefs less attractive in the hope that the number of spurious claims will drastically reduce.

Mr Hunt explained that he has no problem with windfall taxes if they are temporary and do not limit capital investment. The current windfall levy of 25% will be increased to 35% and will remain in place until March 2028. There will be an additional levy of 45% on electricity generators from January 2023.

The VAT registration threshold, which is currently £85,000, will now be frozen until 2028 rather than the original 2024. This measure will force thousands more small businesses into the VAT regime.

No changes or further reliefs were announced. The reliefs announced in the mini-Budget will remain until 2025. The starting value at which SDLT would be payable was increased in September to £250,000.

Vehicle excise duty will be payable on electric vehicles from April 2025.

The revaluation of business properties planned for April 2023 will go ahead. Mr Hunt promised £14 billion of cuts in business rates over the next five years.

Support for the vulnerable

Mr Hunt gave a number of promises with regards to the vulnerable:

Personal taxation – what we know

The following rates will apply from 6 April 2023:

Owner managers may want to review their profit extraction strategies for the current tax year on the back of the above and potentially delay the voting of dividends. Any dividend delay would have to be weighed up against the commercial and practical factors.

Business taxation – what we know

The lower and upper limits will be proportionately reduced for short accounting periods and where there are associated companies. Group loss relief planning is likely to become important for many groups.

The ‘super deduction’ first-year capital allowance of 130% for main rate expenditure remains for expenditure incurred before 1 April 2023. The rules will need to be reviewed with care because of the pooling requirements and the issues which can arise with a sale of an asset in respect of which a super deduction has been claimed.

The Annual Investment Allowance of £1 million is available for expenditure incurred before 1 April 2023.

The above changes will mean that company tax planning may become more important for a lot of companies in coming years.

The reliefs available to those companies involved in the creative sectors (museums, art galleries, theatres, orchestras etc.) were doubled in the October 2021 Budget. The reliefs will return the pre-increase levels in 2024.

The reliefs are shown in the following table:

There are certain tax changes which have already been announced, or which are already in place, which are detailed below.

The reporting and payment requirements for CGT in connection with residential property sales are still causing problems for taxpayers with investment property and/or second homes. The sale of a main residence does not normally need to be reported in this way.

The reporting deadline is now 60 days from the date of completion.

Many taxpayers are still unaware of the new rules. With suitable planning, the calculations should be straightforward to complete, perhaps with a little help from their accountant!

Once the taxpayer has set up their CGT account with HMRC, it is then easy enough for them to appoint an agent to make the necessary return on their behalf. Once that is done the payment process is routine.

MTD for VAT is now in place for all VAT registered businesses. MTD for income tax will be mandatory from April 2024.

The ‘rationalisation’ of tax basis periods for sole traders and partnerships is now set to coincide with MTD for income tax – i.e. the tax year 2024/25. There will be a transitional year 2023/24.

MTD for corporation tax will be the last of the MTD initiatives and will not be in place for some years yet.

Taxpayers will need to pay attention to these developments so that they engage with their advisers, and HMRC, in time to ensure that they can comply with the new rules.

With the progression of the MTD initiatives, there is to be a new points-based penalty regime for filing failures. The implementation date has been delayed another year.

The new regime will be effective as follows:

The new regime is intended to ‘punish’ more harshly those who miss deadlines regularly, rather than those who occasionally default due to a simple oversight. The penalties are clear because they are fixed.

With the delay to the introduction of MTD for income tax, no ‘soft landing’ is expected with the new penalty rules, so all taxpayers will need to be aware of them in time to avoid unexpected fines.

There will be a transitional year for sole traders and partnerships that do not use 5 April or 31 March as their accounting date. This will advance tax liabilities for many businesses.

The proposals were detailed in draft legislation in the Finance Bill 2022. It is hoped that there may be further tweaks to the rules before the changes come into effect. The proposals fit in with the arrival of MTD for income tax in 2024 and give another indication that the acceleration of self-assessment payments may be coming soon.

100% first year allowances for business expenditure on business cars and zero emissions good vehicles are in place for all expenditure incurred prior to 1 April 2025.

This November statement was very comprehensive, and it felt more like a budget then an interim update. This is perhaps not surprising given the furore which was created by the mini budget in September.

There is very little good news on taxation, and whilst there has been no headline increase in the rates of taxation, the effect of freezing the various allowances and thresholds will create substantial sums for the Treasury.

There will be material additional tax costs for many over the coming years with little they can do to reduce or avoid the increases.

No immediate actions are necessary for anyone on the back of what was announced today, but some planning may be necessary before 6 April 2023.

If you have any questions, or other points, in connection with the contents of this summary of the Autumn Statement 2022, please do not hesitate to get in touch through the normal channels.

Please bear in mind that this is a general overview of the Autumn Statement 2022. Please take appropriate detailed professional advice before acting on any of the points made in this overview.