The Budget, which is now only a few weeks away, is likely to be of interest to many. We have tax increases in a few weeks’ time, increasing energy prices, the return of inflation, and an economic recovery stopped in its tracks by the horrible events in Ukraine. In this article, Simon Littlejohns shares his budget predictions.

The troubles in Ukraine will have an indirect impact for all of us in the UK and a direct impact for many. The price of oil and gas has increased markedly since the troubles started and they are likely to rise further as will other commodity prices.

These above factors will create an increasing burden for so many businesses and households.

So what can, and will, the Chancellor do to ease the financial pressure for business and personal taxpayers? 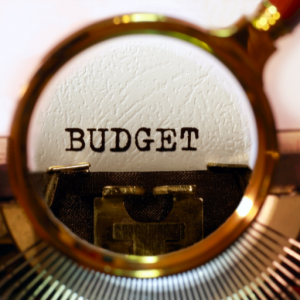 Both the Chancellor and Prime Minister have stated their commitment to the tax increases in April – the Health and Social Care Levy and the increased dividend tax rates. Will they now back track on the increases to help ease the situation? One way of dealing with this could be to reduce the base level of National Insurance leaving the HSCL as it is – this could be sold as not a U-turn! But might the Chancellor decide to go further?

Is it too much to hope that he will reduce income tax rates? That may be something he is saving for a little nearer the election. However, it could be a surprise move because the freezing of the personal allowance and income tax rate bands for the next few years, which is already in place, is a big earner for the government – a little less income with a rate reduction.

Small businesses are also being hit hard with inflationary increases across the board. Many are looking to the Chancellor to help them in a meaningful way.

Bringing life back to the high streets

In my view, there is a need for some form of online sales tax. The spending habits of many have changed with the pandemic – residential streets are now full of delivery vans piled high with parcels for those no longer shopping in the high street. However, a recent study has suggested that such a measure might only raise £1 billion in tax which may not be enough to warrant a change. The possibility of some form of sales tax is still being considered by ministers.

As we all can see from a walk through our local town, many shops have now closed leaving vacant properties. We need incentives, whether it be direct or indirect tax measures, further changes to business rates or something more innovative to encourage property owners to repurpose their premises to bring life back to the high streets.

The R & D reliefs have been tweaked to include more cost categories and to focus the reliefs on R & D activity in the UK. The Chancellor should consider increasing the rate of relief and ‘rebate’ to increase the value of the incentive and make the UK the go to territory for innovative businesses.

I hope that the Chancellor is looking for further incentives for businesses. We already have the capital allowance ‘super deduction’ but is there more which the Chancellor will announce to stimulate business investment and help those smaller and medium sized businesses which are suffering.

All my business owner clients are concerned about immediate or future changes to Capital Gains Tax, whether it be to the rates or the removal, or scaling back, of reliefs such as Business Asset Disposal Relief. Most clients are busy building their businesses for a future sale and remain concerned that the CGT rules will change such that an onward sale may turn out to be less attractive than they thought it was going to be. 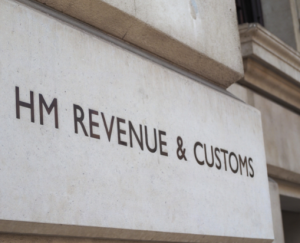 One abiding post-pandemic irritation for me, and many others I am sure, is the billions of pounds which has been lost to Covid fraud. There seems to be a collective shrug of the shoulders at HMRC, and seemingly very little concern, that billions have been lost to the fraudsters when some simple checks, which would not have been beyond the wit of a five-year-old, could have stemmed the largesse. The House of Commons Public Accounts Committee recently concluded that HMRC would seem to be going soft on fraud, a damning indictment indeed.

There are many individuals who have made a fortune at the taxpayer’s expense. Come on HMRC, we know that it is a difficult job, but go after the fraudsters and go easy on the law-abiding taxpayers who may owe the Exchequer a few hundred pounds.

I would not expect to see any material changes to the following because we have seen a freezing of rates and/or allowances:

At a purely personal level, as a tax agent having to deal with HMRC on behalf of a range of corporate and personal clients, the frustrations I face when dealing with HMRC are many and varied:

I could go on, but I am secure in the knowledge that the above issues will not be resolved any time soon!

What I hope to see in the Budget:

Finally, my hope is that the Chancellor will look beyond his P & L account and Balance Sheet and bring some humanity to bear with the measures he announces. The country’s taxpayers have had a tough couple of years with the pandemic, and now just when we thought we were getting back to normal, the world order is under severe threat.

Now is not the time for further tax pain in whatever form it might take. I just hope that any surprises the Chancellor might have for us are ones which we will all be pleased to see.

I will be posting my usual post-Budget summary following the announcements. Please look out for it and contact me if you have any questions.